Former Vodafone virtualization guru David Amzallag has joined EnterpriseWeb as a strategic adviser, immediately doubling that software innovator’s public persona, Light Reading can report exclusively ahead of an announcement later today. This is the third company to which Amzallag is now lending his expertise, joining Sedona Networks and Radcom. (See Amzallag Sides With Sedona’s End-to-End SDN.)

And Amzallag is doing so quite enthusiastically, describing EnterpriseWeb as “the only company I see that has a good chance to deliver the ability to glue together virtual network functions from many different vendors into a single secure, open and agile data model that will comprise any kind of a future service in the telecommunications industry.” 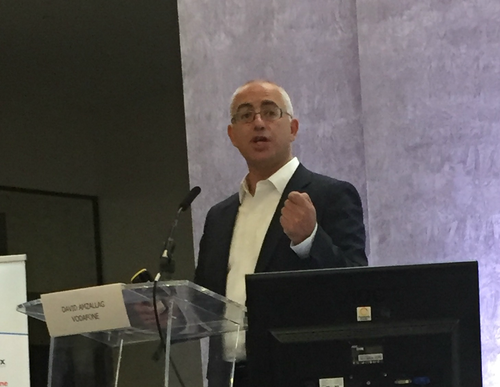 EnterpriseWeb’s virtualization middleware has been long on early proofs-of-concept activity but short on publicly announced businesses — a situation that its co-founder, Dave Duggal, says will be changing shortly. Amzallag joins the six-person operation to immediately boost the positioning of both its technology and its business strategy, he says. Coming soon will be a major customer announcement. (See EnterpriseWeb: Early to NFV, Finally Ready for Take-Off?)

In an exclusive interview with Light Reading just ahead of the announcement today, Amzallag says joining EnterpriseWeb was an easy decision to make because he has long been impressed with how its middleware addresses key challenges in the virtualization space, dating back to its early rollout at TM Forum events and in its Catalyst projects.

Because the 25-year telecom veteran understands the need for an end-to-end service model, and the crucial part that VNF management with play, Amzallag says he sees a significant role for EnterpriseWeb in the space. That includes potentially contributing code to open source projects such as ONAP, which are also targeting the VNF management space. The former Alcatel-Lucent and Amdocs exec stops short of announcing that as an immediate strategy, however, saying it still needs to be discussed and finalized.

“We believe EnterpriseWeb needs to be a product company — it has great technology that needs to be translated into a portfolio of products that needs to be deployed very widely in the industry,” Amzallag comments. “One of the channels to deploy this type of product will be also with this [open source] community. The end-to-end data model for service does not exist today in any of these communities. It will be on our side to convince them that the EnterpriseWeb data model is worth [being taken] as a reference. We need to consider this obviously.”

Using EnterpriseWeb’s end-to-end data model for service would not prevent customers from using any other vendor’s products, software or devices, he says. “Imagine that everyone can hang his own processes on this model and everything will be nicely connected to each other,” Amzallag says.

What the company hopes to see, Duggal adds, is EnterpriseWeb software being used to “round off” implementations of ONAP or other open source architectures, or deployments of other vendors’ virtualization platforms, as well.

“We don’t see this as EnterpriseWeb versus ONAP, or versus HPE or Ericsson or anybody else,” he says. “This will be a multivendor environment with lots of tools, legacy technologies, many vendors, specialized controllers and specialized orchestrators. We believe our software can be extensible to work with all of that.”